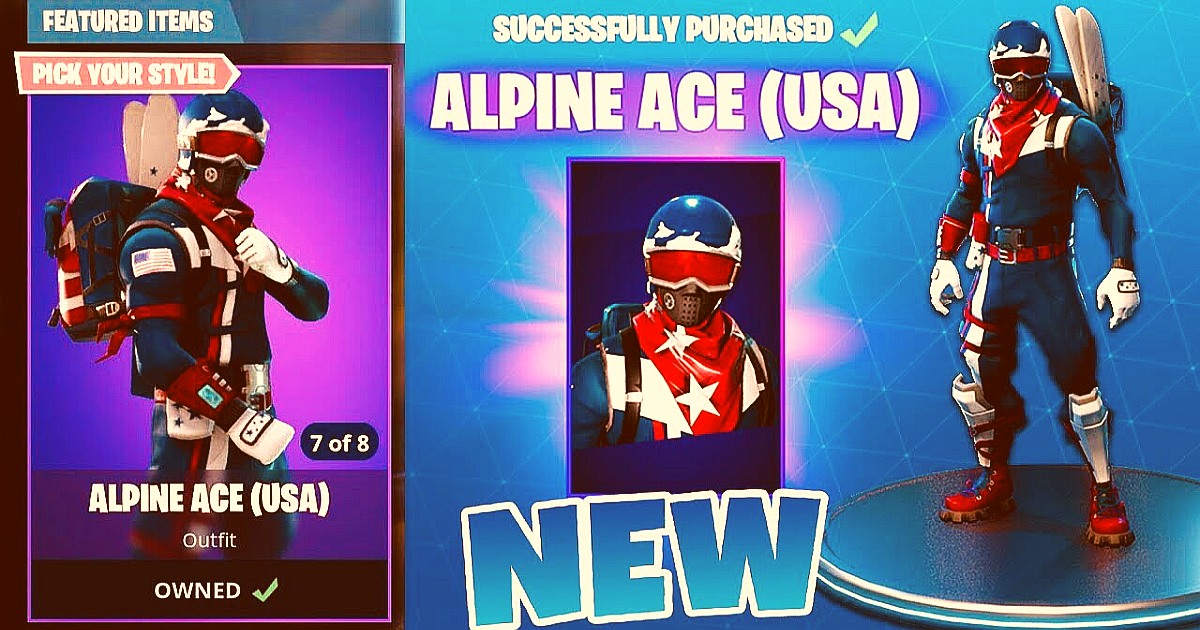 Fortnite Character: Alpine Ace and Mogul Master Korean Olympics. The Korean Winter Olympic Games took place between the 9th and 25th of February and all throughout that time the Fortnite store was selling a whole bunch of skins to celebrate the occasion.

The Alpine ace and mogul master skins were a set of 16 skins each one representing a different country created so that players could support their country in the game.

The in-game skins aren’t exactly like the real world uniforms they are much more patriotic and overblown than their real-life counterparts but they share enough similarities with each other.

To say that the epic team probably spent a lot of time trying to make them look similar without getting involved in some sort of legal dispute with the designers of the original outfits, either way, it was an awesome set of skins for an awesome Olympic event.